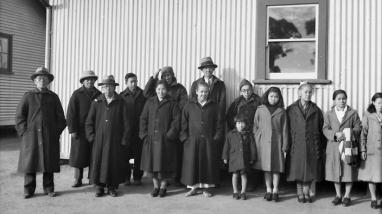 When war broke out between Australia and Japan 75 years ago, it had a profound impact on the lives of Japanese civilians living in Australia.

During the Second World War, around 4,000 men, women and children were rounded up and sent to civilian internment camps in Australia, which were already detaining thousands of Italians and German civilians.

Joe Murakami was just 14 years old and living in Darwin when his life was thrown into chaos.