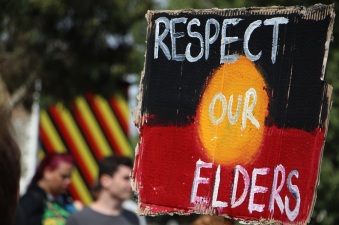 Australia celebrated its national holiday on Tuesday, for most it was a day of relaxing with friends and family.

However the date of Australia Day, January 26th is marred by controversy as it marks the beginning of British colonial settlement in Australia.

Indigenous Australians refer to the date as ‘Invasion Day” and each year protests are held against the national celebrations. Asia Calling’s Jarni Blakkarly attended one in Sydney.